aims to color the city with fruit plants 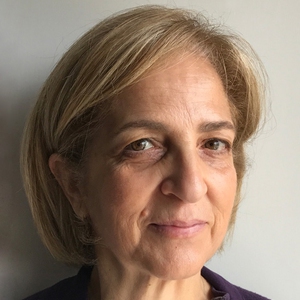 All European capitals and cities that aim for urban and territorial sustainability are achieving the goal of zero land consumption by reusing abandoned areas by converting them into parks, urban forests, green pedestrian and cycle paths, etc.

If Paris paints the headquarters of the grandiose Paris Opera, the Palais Garnier, with an area lined with cherry trees and many Italian cities insert fruit trees into the urban landscape, the Danish capital intends to recover spaces for nature and, at the same time, offer healthy, free and sustainable food for citizens.

In Copenhagen, the first carbon neutral capital by 2025, the project that increases the share of greenery within the city is colored with fruit. The city becomes, therefore, more sustainable because it inserts trees and shrubs of native varieties, which recall the tastes and colors of the area, feeding all the resulting biological chains and recalling the characteristics of the natural environment in the eyes of the inhabitants.

The greenery, the gardens, the trees and the urban forests, represent the recipe for restoring the environment of the metropolis, in Copenhagen, however, the aim is not only to increase the quantity of vegetation, but to give a cultural connotation to the green, recovering fruit plants that can add quality to projects. If a greener city is a more livable city, more oxygenated, more resilient to climate change, more beautiful and pleasant, with noise attenuated and absorbed by vegetation, the surfaces of gardens, parks and nature reserves are enriched by a great natural restoration that it recovers typical essences. The environment of the Danish agricultural and food tradition thus plays a fundamental role in urban planning.

Recovering typical trees and essences means recovering local tradition, trying to reduce costs by using plants that live comfortably in the environment and climate typical of the Nordic city. You save on the economic side but you also recover the colors, tastes and memories of the territory.

Denmark is a country that has a very high progressive taxation because it thinks of society as a whole and the inclusion of fruit plants in the urban landscape does not only represent a historical and cultural recovery, but the need to meet the weaker social groups. The project foresees, in fact, that everyone can draw food and sustenance from these urban plants, the pedestrian, the tourist, the boy who has no money with him, but also the homeless, the unemployed, those who cannot afford to bring a complete meal at the table.

Copenhagen has thus become an "edible" city, a city in which the aim is to enhance public spaces to allow the insertion of native plants that fulfill the task of food education, with fruit available to everyone, the passer-by, the less affluent population, the tourist .

To discover or rediscover the colors and flavors of local tradition and savor a healthy snack, native plants play a fundamental role, in fact they have the advantage of being able to be grown organically, without chemical additives. They require little maintenance, therefore their planting and cultivation takes place in a sustainable way, with very low maintenance costs and enormous benefits for the community, also performing the task of food education, offering fresh, healthy and genuine snacks. Indigenous and resistant plants include, among other things, blackberries, blueberries, juniper, apples of traditional but somewhat forgotten and less commercial varieties, plums and even mushrooms.

Copenhagen is the first city in the world that plans to achieve zero emissions by 2025 and sets the agenda for all countries. Architects and designers from all over the world are warned: designing new green spaces in cities means thinking about that particular territory, giving it the value that the space of man-made nature has given over time. Therefore the abacus of the essences to be used for green areas must be adapted to local realities, as well as domesticated in the specific territory. The native plants are followed by a whole context of environmental values ​​that make an environment better and enrich its biodiversity, combining aesthetic standards and agricultural productivity, creating benefits for all.

Public areas, playgrounds and parks in Copenhagen will be enriched with fruit trees and bushes, recovering the natural flavors of tradition. The plants will also have the function of marking time, offering the scents that belong to the territory, remembering the geometries of the nature of the place. Together with this project, an App was developed that literally means "wild food" Vild Mad, to allow everyone to have information on the quality of the fruit offer and the recipes that can be used, recovering the flavors of tradition. 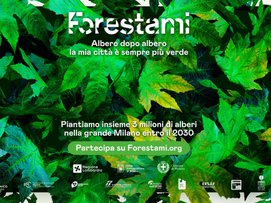 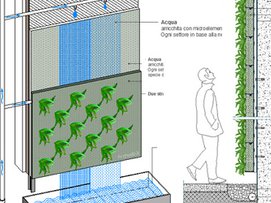 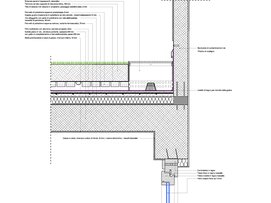 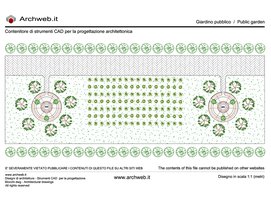 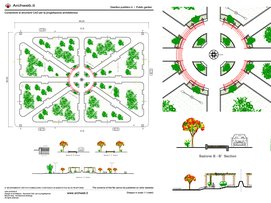 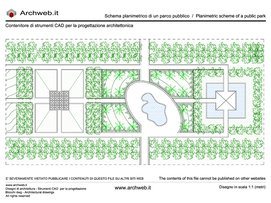 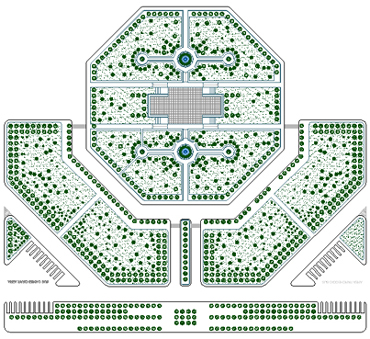