The Hedges: when gardening becomes art

Archweb .com Green architecture
In the creation of a garden, hedges are a fundamental, indispensable element, even if this does not reach large dimensions. The hedges cannot be missing both for the practical function they perform and because they enrich it aesthetically: in fact, the hedges give the garden a harmony and a style that makes it a true work of art. 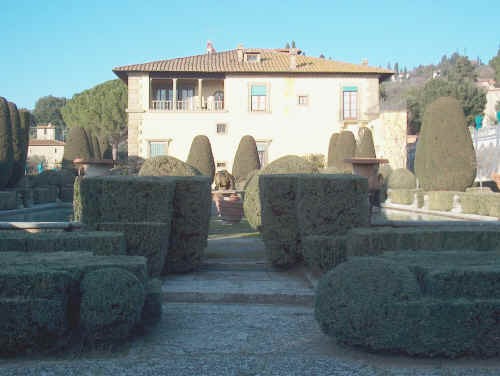 We can say that hedges have been and are inextricably linked to the concept of the garden. Historically the hedges are a fundamental element of the Italian garden, still admirable in the great villas and historical residences of Italy; however, even in the creation of a modern garden, even the most innovative architects do not give up using hedges in their projects.

But what is a hedge?

Commonly by hedge we mean plants, especially evergreen ones, grown respecting a very precise geometric shape, obtained by subjecting the hedge to periodic pruning. This concept of hedges, however, is particularly reductive, first of all because there are various types of hedges in relation to the needs they must meet. In fact, they effectively satisfy a plurality of situations, from the most general ones (defensive, windbreaks, etc.) to specific and particular ones (hiding an unpleasant view both inside and outside that garden). Precisely to meet these numerous needs, the choice of species that can be used in the formation of gardens, parks and green areas has greatly expanded and diversified. Returning to the initial question, the term hedge must be understood in a very broad sense, not only in relation to the function, but also in relation to the very large type of plants that can be used. These plants can also be very different from each other in size and bearing, for being evergreen or deciduous, for the presence or absence of thorns etc .; even the intervention of man can manifest itself in a different way: giving the plants a precise shape or leaving them free to grow and assume their own bearing.
All these plants so different, with a final shape that can be natural or desired by man, are brought together in the group of hedges because they together form a "barrier", create a "separation" with linear and vertical development. The hedge must therefore be understood as everything that divides, splits or separates. The words "separation" and "barrier" (a term with which medium-high hedges are especially indicated) clarify both function and use; furthermore it is explained why this group also includes plants that cannot be grown in shape, such as agave (American Agave).

Hedges are created to enclose and isolate certain areas but their function has been enriched with aesthetic meanings, to the point of turning them into real works of art. In other words, the hedges have become the meeting point between man and nature. In fact, man was no longer satisfied with using the hedges only at the edge of his property for "defensive" purposes, but wanted to let them enter the garden, giving them a new task and adopting, for the plants used, some absolutely original forms obtained through admirable caesori interventions, thus giving nature an order and a whole new life.
All this must not lead to think that this type of intervention is a violence for plants, a distortion of nature to achieve the selfish interests of man. Man, on the contrary, was able to realize these works only after a careful knowledge of the biology of plants. In fact, if he wants to give the hedge an unnatural shape, man makes use of plants whose main characteristic is that of being strongly bushy and particularly tolerant towards pruning. In addition, the continuous pruning strengthens and strengthens the plants, so their branches will be less prone to breaking.
The great interest of man in these "hedge" plants has not been limited to cultivation treatments or periodic pruning; has also selected new varieties, stronger and more resistant to disease but also particularly beautiful to meet the needs of every garden.

THE CLASSIFICATIONS OF THE HEDGES

3) According to the height

The hedges have been grouped and classified into a few broad categories.
The first of these is based on the way in which human intervention manifests itself in the planting, formation and maintenance of hedges.
The second classification considers the function that the hedge must perform. This classification will include defensive hedges, ornamental ones and windbreaks.
Finally, hedges can also be classified according to their height. We will thus have woody border hedges, medium-sized hedges and tall hedges or hedges; the latter exceeded in height only by those windbreaks.
These last two subdivisions are not based only on the use made by man, but, first of all, on the study of the characteristics of plants; characteristics that are the basis of their use. However, the use that can be made of a plant is strictly related to the size that the plant can reach; in this sense these last two classifications interpenetrate each other. For example, it is clear that a defensive hedge must have an adequate size. These classifications will also give us the possibility to list and treat many species of plants used to make up the various types of hedges..


1) CLASSIFICATION ON THE BASIS OF HUMAN INTERVENTION

Hedges can be divided into two large groups: natural and artificial ones.
The former are mostly devoid of any human intervention and their origin is always spontaneous, while the latter are established by the will of man. Artificial hedges are in turn divisible into two subgroups, consisting of free and educated hedges.

a) The natural hedges they are those that arise spontaneously in marginal areas of the countryside, left uncultivated by man, such as the edges of the roads, the drainage channels of the land, or on the borders of the land itself. It is probable that in very ancient times these hedges were left to grow to constitute, with the boundary stones, a very evident sign of the division of properties, materially hindering those who wanted to access them, and constituting the first example of a "hedge", from which all the others have evolved. These hedges, made up of plants typical of the flora of the Mediterranean area, or which have perfectly adapted to it, multiply easily and can become intrusive. They are often thorny and maintain a deterrent function towards strangers, but they can also be left to grow to consolidate landslide embankments, especially if they have a strong root system as in the case of Robinia pseudoacacia. Among these spontaneous plants I remember the bramble (Rubus fruticosus), the thorn-crucifix (Paliurus spina-christi), the blackthorn (Prunus spinosa), the hawthorns (Crataegus monogyna, oxyacantha) and in southern Italy the prickly pear (Opuntia ficus-indica).

b) The artificial hedges they are planted by man according to his own taste and the function they must perform. Generally this type of hedges are formed by plants of a single species because, if different plants or plants belonging to different species were placed on the same row, at a short distance from each other, it could create an unpleasant aesthetic appearance. In fact, for example, the coloring of the leaves of the common cypress and the oriental thuya differ in tone, and this marked difference stands out particularly, even from a distance, if we place these two plants side by side in a hedge.
Furthermore, it has an unpleasant effect when deciduous essences, such as Maclura, are planted alongside other evergreens, such as Pyracantha.
It is not advisable to form hedges with plants of different kinds also for physiological reasons: in fact some plants have a higher growth rate than others. Thus the former, vegetating more rapidly, would alter the harmonious vision of the whole and would certainly occupy the space of the plants with a slower growth rate, up to overwhelm them and make them succumb. A typical example of plants with different growth rates is the pittospore and the glossy privet, which do not have to grow together for this very reason, even if the color of their foliage coincides and would make them associate.

Artificial hedges are divided into free and polite.

b1) In free hedges man is limited to the plant, after which the plants are free to develop in height and width, without man having to intervene with pruning to contain them. This category includes windbreak hedges. Even in gardens we can meet free hedges in the form of isolated bushes, formed by plants of modest height.

b2) In polite hedges human intervention is more marked; in fact it manifests itself with periodic pruning, designed to keep the plants in a specific shape, with weeds eradication, periodic fertilization, watering during the dry season, pesticide and fungicide treatments if the animal attack or the fungal infection is so serious as to compromise the aesthetics and / or the lifespan of the plants. This group includes all cultivated hedges, even if they have different functions such as defensive ones, those for borders etc., which will be treated later.

The Hedges: when gardening becomes art